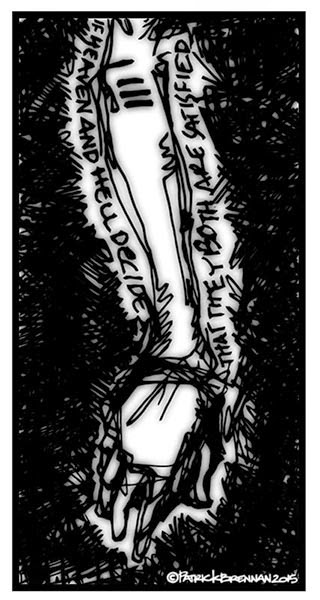 it is, perhaps, fitting that after putting this post off for several weeks that i should be writing the closing entry of volume 4 tonight.

three years ago last friday night i ended a 12 year long drinking binge, not with a bang (as i has secretly expected) but a whisper. in this case the whisper being a glass of cheap riesling at the end of a family dinner. usually, i tried to keep my drinking light at such occasions, preferring to go home afterwards to the vodka i had waiting for me. i know that i wasn't fooling anyone, i mostly just didn't want to make things more obvious than i needed to.

in the months approaching the last glass i had become sick, physically, i thought i was dying - cancer or something - and had begun preparing for what i thought was the last few pages of my story. i was saying goodbye as best i could without actually saying the words.

that night three years ago i went home, poured myself a drink and was sick before it touched my lips. then, the pain began.

it was unlike anything i had felt before, a doctor described it as: "if someone were to straighten out a coat hanger, heat it over flame until it was white hot, and the stab it into one's abdomen." i agree with that description.

three years ago tonight i was laying either in my bed or on the bathroom floor unable to vomit anymore, unable to remember what it felt like to not be in pain, it was like i existed only as a small singularity of agony, where it was excruciating to move or even breathe.

three years ago tomorrow, on easter, i nearly died.

it took a week of icu care to get me to a point where i could go home to convalesce for several more pain filled weeks.

i have talked about that time here before, there are stories i haven't yet shared about that experience, ones that i may or may not decide to share in the future.

like so many of things that i was sure i knew, i was, unsurprisingly, wrong. the end that i had anticipated, was not the final pages but the beginning of the next chapter.

today, three years later, i am living a life i never imagined. not necessarily because it's all awesome and perfect, but because i had never bother to before.

there are things that i have learned, things that i am learning - long overdue and still slowly in many cases - things like i don't have to make the some mistakes over and over, that learning from others' experiences can be as enlightening (and far less expensive) than putting myself through them hoping i could somehow do better.

that one is perhaps the simplest, most obvious, and difficult concept that i've come to understand, and has been and likely will be one that i will struggle with for as long as it takes to accept as fully as i can, one that i hope will become easier with time and practice.

so i close another chapter, this volume 4. it has taken me nearly nine years of writing here to get four years of posts, but considering my track record of following through with things i find it to be rather impressive.

i want to thank those of you who have continued to visit, to read and share this project. i look forward to sharing another year of my life with you in volume 5.

i have no idea what the future holds, but i hope face it with open eyes, an open mind and a heart that can stand the potential pain of being broken as the price for all of that i have yet to experience.

one of the things i think i have enjoyed the most about this project is writing these posts, usually with music playing and sometimes with my eyes closed, like im playing a piano. sometimes, these entries feel like they are the ends of television episodes or movies, maybe isn't the best way to compare it - small deaths come kind of close as well, or maybe like the last conversation you have with a loved one.

its hard explain and i don't know how to really express it better, i think i will let the following try and do it better than i can right now.

After the storm - Mumford & Sons 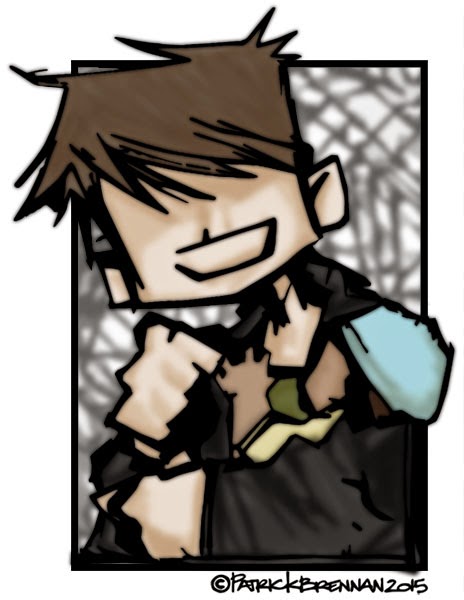 last week i met the newest addition to my family, Benjamin, my nephew.

i mentioned in the last post, the "long road", the path the decisions i made in life and where they led me. i know it sounds cliche but i really didn't make any plans past thirty, had i been correct, had i not made some changes, those things, those blessings in my life that i have experienced would never have happened. this path i've chosen isn't always so easy, i have to actually work through things i'd rather avoid or run from, but i'm finding more and more that the only way out is through and that the rewards for participating in life versus killing time between sleep or intoxication are legon/

it struck home, again, last week - in one those moments, i got to hold a brand new person, who will never (hopefully) see me drunk, who will never know a world without internet or cellphones, an infant who very well could be alive at the turn of the next century.

and his fingers are so tiny.
at 2:02 PM No comments:
Email ThisBlogThis!Share to TwitterShare to FacebookShare to Pinterest 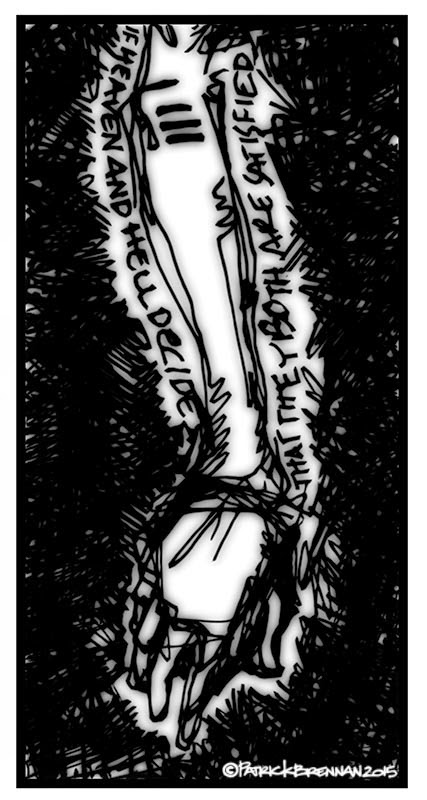 the last time i wrote about this topic, it was 2011. So much has changed in my life since then, you can view that post here. Sleep has always been difficult for me, for years i did with little, later i drank until i was able to pass out. these days i try to do my best to get what i can, without the aid of substances. it still comes with great difficulty.

going back and reading the 2011 post really shows how unhealthy everything was, and how amazing it was that i wouldn't let myself acknowledge that, perhaps i should say, rather, that i am amazed by how resigned i was to where i was and the relatively short path on which i was heading.

some things don't change, i still see sleep as a preparation for death, and although i have no real reason to believe it, i have come to hope that when we die, we get to live in the best moments of our lives, which would be incentive enough to try and accrue as many of those moments as we can, i could see how not having any of those moment would be something akin to hell, to move on and be stuck in that misery forever.

i've thought about this a lot over the years. as i am getting older i have begun to lose people, some - like my grandparents are bittersweet, i miss them, but they had long and happy lives. my father, who decided to pack it in, did so at a time when i was too young. and i have had friends, my age, who have died for some reason or another, all of these i pray for every night before i fall asleep.

this has been a long road, there have been many changes in my life since i began this whole thing back in 2006. another volume is coming to a close, i'm in the process of deciding what to do with this project, if it has run it's course or should move on to volume five.

I Will Follow You Into The Dark - Death Cab for Cutie


Love of mine, some day you will die
But I'll be close behind
I'll follow you into the dark
No blinding light or tunnels to gates of white
Just our hands clasped so tight
Waiting for the hint of a spark

In Catholic school as vicious as Roman rule
I got my knuckles bruised by a lady in black
And I held my tongue as she told me,
"Son, fear is the heart of love."
So I never went back

just a little thing i did for the woman i love
at 11:58 AM No comments:
Email ThisBlogThis!Share to TwitterShare to FacebookShare to Pinterest 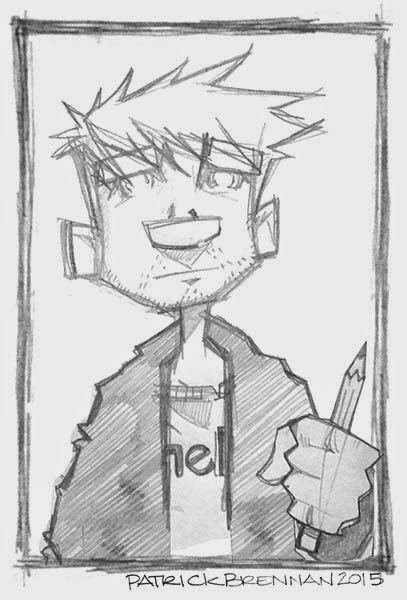 the pen, or pencil... proof that they are, or can, be mightier than the sword.  So much so that oppression resort to fighting them with guns and bullets - and they still lose.

this isn't a holy war.
don't bring God into this,
this is fucking murder.


earlier this week in paris:

Wednesday, a black Citroen C3 drove up to the Charlie Hebdo building in Rue Nicolas-Appert. Two masked gunmen, dressed in black and armed with Kalashnikov assault rifles got out and approached the offices.

They burst into number 6, Rue Nicolas-Appert, before realising they had the wrong address. They then moved down the street to number 10 - where the Charlie Hebdo offices are on the second floor.
Once inside, the men asked maintenance staff in reception where the magazine's offices were, before shooting caretaker Frederic Boisseau, 42.
One of the magazine's cartoonists, Corinne Rey, described how she had just returned to the building after picking up her daughter from day care when the gunmen threatened her, forcing her to enter the code for the keypad entry to the newsroom on the second floor - where a weekly editorial meeting was taking place.
The men asked for the paper's editor Stephane Charbonnier, known as Charb, by name before opening fire and killing the editor and his police bodyguard, Franck Brinsolaro. They also shot dead seven other journalists and a guest attending the meeting.
Witnesses said they heard the gunmen shouting "We have avenged the Prophet Muhammad" and "God is Greatest" in Arabic ("Allahu Akbar") while calling out the names of the journalists.
Twelve people were killed in the attack on the Charlie Hebdo offices: eight journalists, two police officers, a caretaker and a visitor. 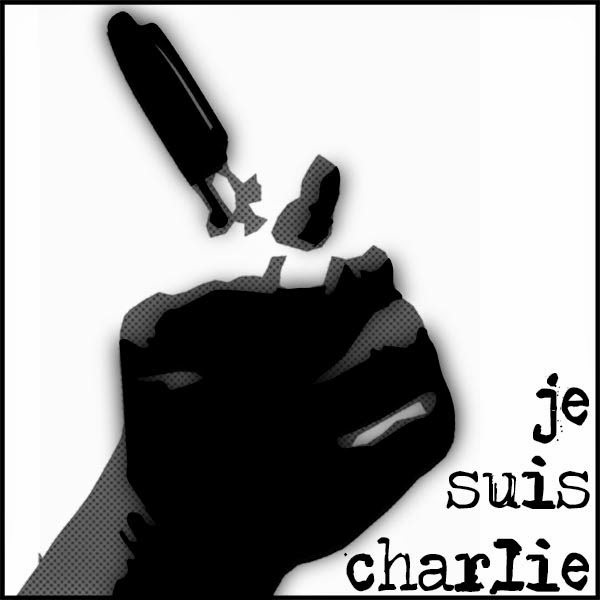 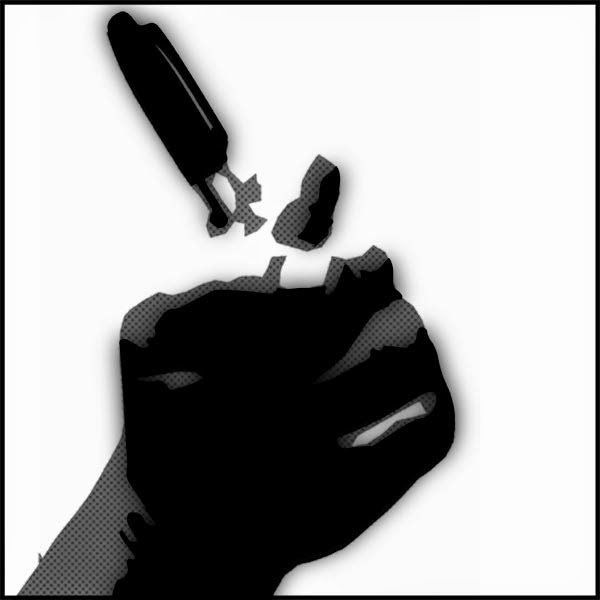 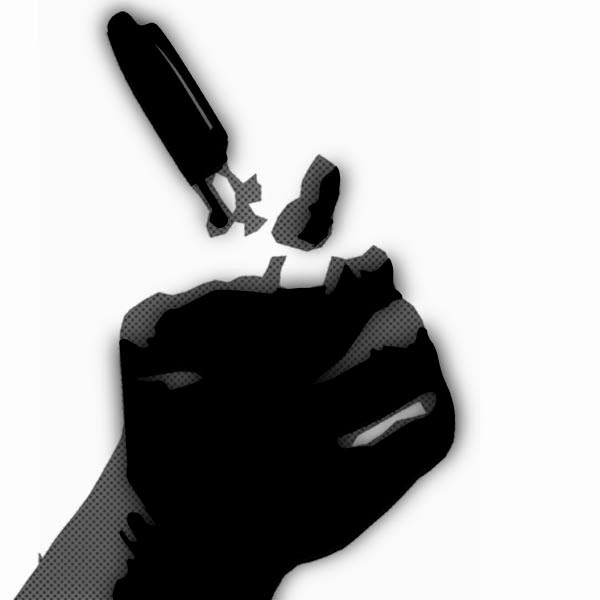 at 2:10 PM No comments:
Email ThisBlogThis!Share to TwitterShare to FacebookShare to Pinterest
Older Posts Home
Subscribe to: Posts (Atom)